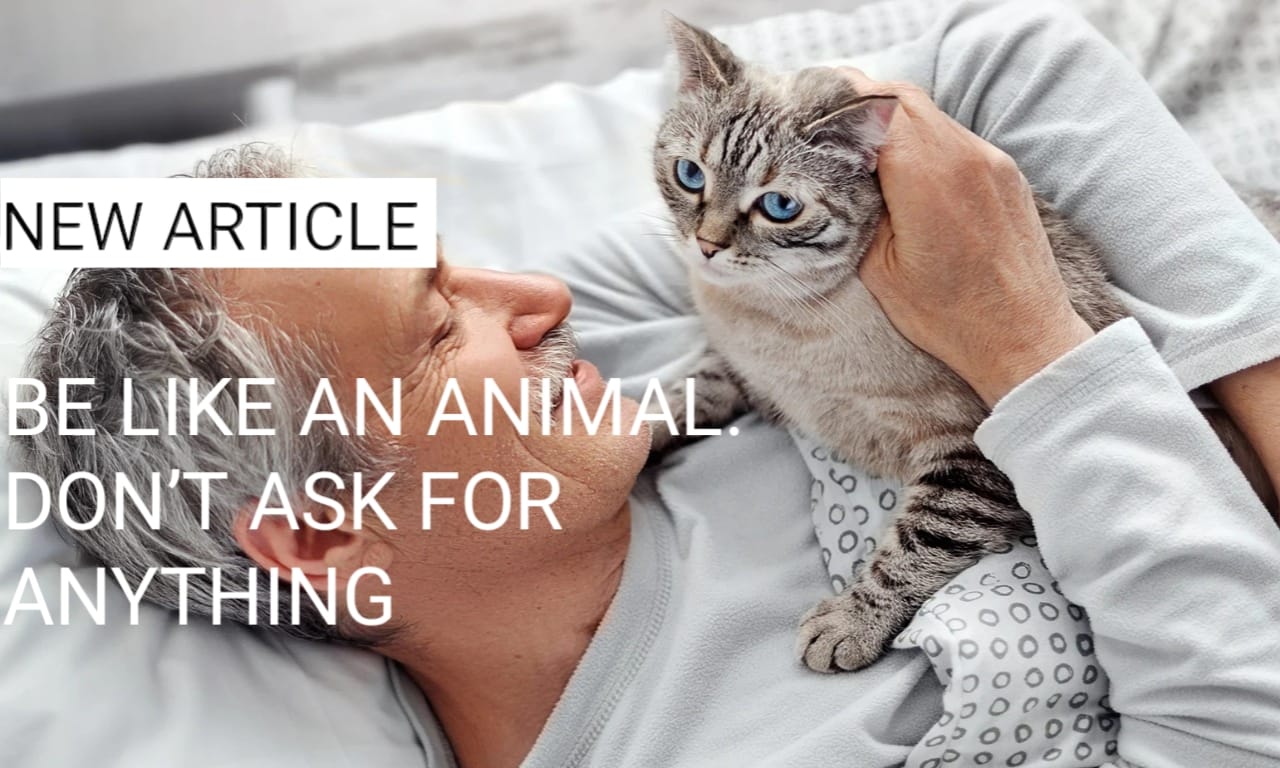 Can asking weaken our power and motivation to act?

There is a difference between humans and the rest of nature, which turns the human world upside-down. Many people are convinced that they have to improve constantly, to train, compete and overcome all life’s problems and challenges. It gives the impression that life itself, and our limitations or talent shortages, are blocking our success. Though the biggest problem for humans is other people, who interfere with the natural rhythm of life and complicate matters that could be much simpler. Like schoolteachers who try to crush you instead of nurturing your potential .

Sometimes it is good to look for analogies in nature and the animal world. Nothing made me so agitated as when I realized that no other animal needs to ask for anything, it’s only humans. In the animal world, if they want something, they take it. Even those as small and delicate as hares do not have to ask anyone for help or work, they can eat a worm and survive the next day. Meanwhile, most people have to ask and submit to get or achieve anything, they must be dependent on others, negotiate, build business partnerships, be nice, etc.

It dramatically lowers the dignity of any individual forced to do so. Even the bosses of decently developed companies often have to kiss the asses of their clients and business partners. Inside the company, they feel comfortable because the whole team is lower than themselves in the hierarchy, but when going outside and trying to find potential clients, they are forced to change their behavior to be more friendly and submissive, which is devastating to their naturally dominant nature.

In this matter, I would place achieving liberation above all other values. This is the essence of true freedom, which leads to a healthier life and enormous amounts of energy. I’m not saying that we should never ask for anything again, but there are limits. When you constantly ask for permission, or continuously apologize for things, it positions us as needy and unsuccessful rather than friendly and polite. As we get older and more mature we become parents or grandparents and the level of our de[1]pendency increases. Think of American Indian elders. Did they have to ask for things all the time? No, because they had the highest status in the tribe. How much different is that from older people in current society? Their whole life is about asking for things …