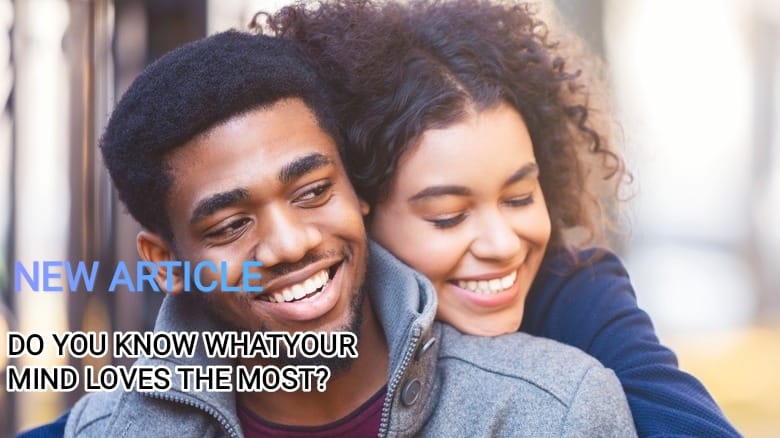 During a TV interview, Bruce Lee explained the Eastern concept of Yin and Yang – the philosophy of opposites. He argued that a person could be very artificial, thinking and moving mechanically, or on the contrary – very flu[1]id, adapting to the situation and being flexible in life, maintaining freedom and grace. Just as some of our friends are more serious and others are funny and relaxed, neither one nor the other attitude, according to Bruce Lee, is a sign of health. Only a certain form of balance of these two extreme attitudes can make us happy and healthy, both physically and mentally.

Consistent with this statement is a study in which the authors named two different types of minds: E-minds and S-minds.

The E-mind is an empathetic mind; open to people, focused on celebrating life, joy, frivolity, and irresponsibility. In extreme cases, people of this category may spend their entire lives feasting around the fire, having achieved nothing but a positive state of mind. For them, the ultimate value of life is spending time with others, having relationships and fun without significant obligations.

The S-mind, on the other hand, is the systematic mind. It constantly analyzes, compares, searches for solutions to problems, and increases efficiency, automation, and success.

People in this category are characterized by greater calmness, coldness, and distance. In extreme cases, they can be ruthless and soulless psychopaths because they suppress real human emotions rather than showing them.

The S-mind is focused on developing technologies, electronics, cars, or other products like tools that help doctors perform surgeries. However, suppose we have a problem and we need the help of family, friends, or acquaintances. In this case, we cannot always count on S[1]type minds because they have an overly extreme attitude and tend to like people who handle themselves and don’t look for help. They do not like supporting groups that prey on others, even if it is justified by real weakness. They are less empathetic and don’t have many friends or acquaintances but they manage to develop some form of success and achievement. Each of us is dominant in one of these types of mind but it doesn’t mean we are extreme examples.

However, if, despite the dominant behavior of an S or E mind, we still care about cultivating the “opposite” personality traits, then we are probably closer to a happy life.

If we are very hardworking, very responsible, but something in our lives still does not work well, we intuitively try to work even harder. But the answer may be hidden in achieving more balance and doing the opposite of working harder.

Our diet works in a similar way. It’s not enough to eat large amounts of protein and nothing else. If we want to live effectively and healthy, we have no option other than absorbing various foods and achieving a balanced diet.

Hippies are an exciting example – an evident manifestation of the E-mind who would never exist without a responsible society (S-mind) where their lush flowers could fully bloom. Only under these conditions can their carefree, irresponsible acts occur. Despite the apparent parasitism, they are a valuable inspiration for others, showing that life can also be about excitement, fun, travel, and adventure. They could teach us a lot, but their attitude is so extreme that without the so-called host (society), they would not exist at all. Being so de[1]pendent and unproductive, they wouldn’t generate enough sympathy and understanding from the rest of society, who felt used. Therefore, they were only a lesson. Hippies believe that the essence of life is fun and love, but this philosophy exposes a whole spectrum of other weaknesses and prevents a healthy life. At the same time, they show that the apparent pursuit of happiness does not equal a good life. Hippies are, therefore, the essence of the unhealthy E-mind.

On the other side of the barricade, we can see a doctor who saves lives, an example of the S-mind. He sees all these guts, blood, organs, pain, and suffering – does he feel happy, then, and does he do his job with a smile on his face like a hippie? He is very focused, but despite contact with negative emotions, he feels successful. However, he also has two choices. He may, like a hip[1]pie, go for the extreme, forgetting about family time, healthy habits, and relaxing hobbies. Such a doctor will be as sick and as weak as the hippies, but society will justify him. The illusion that his life is good and admirable will be created because of his professional achievements. But he may be an awful father to his children, destroying their lives, he may be a terrible husband, neglecting his wife completely.

However, it is the path of balance that turns out to be the wisest choice and guarantees fulfillment in many fields. This kind of fulfillment brings the chance of a longer and healthier life. Unfortunately, we tend to push more and more in one direction, if we are a successful tennis player we try hard to be better at tennis, forgetting all the rest in life. If we are a mother of three children, we focus so much on fulfilling the role of a mother that nothing else exists. And after years of this, our health becomes like an overused car.

E-minds and S-minds also stimulate different hormones in our bodies. People in a competitive environment (S[1]minds) tend to have more testosterone; people engaged in more relaxed or soft activities (E-minds) tend to have more estrogen. You may be a sixty-year-old man with an E-mind who is a nice, soft, and sweet grandpa but the dominance of these behaviors lowers your testosterone significantly, leading to erectile dysfunction. So, you may not be fulfilled in a relationship, or you can’t make love without Viagra anymore. You may also be less motivated to reach for more in your business life, and therefore the aging process runs faster.

Seeing a connection between our styles of behavior and our health is crucial to setting up our lives in the right direction. We are not slaves of our minds and habits but can actively modify them. It is in the moment you see the connection between your mind and body that your healing starts to happen.