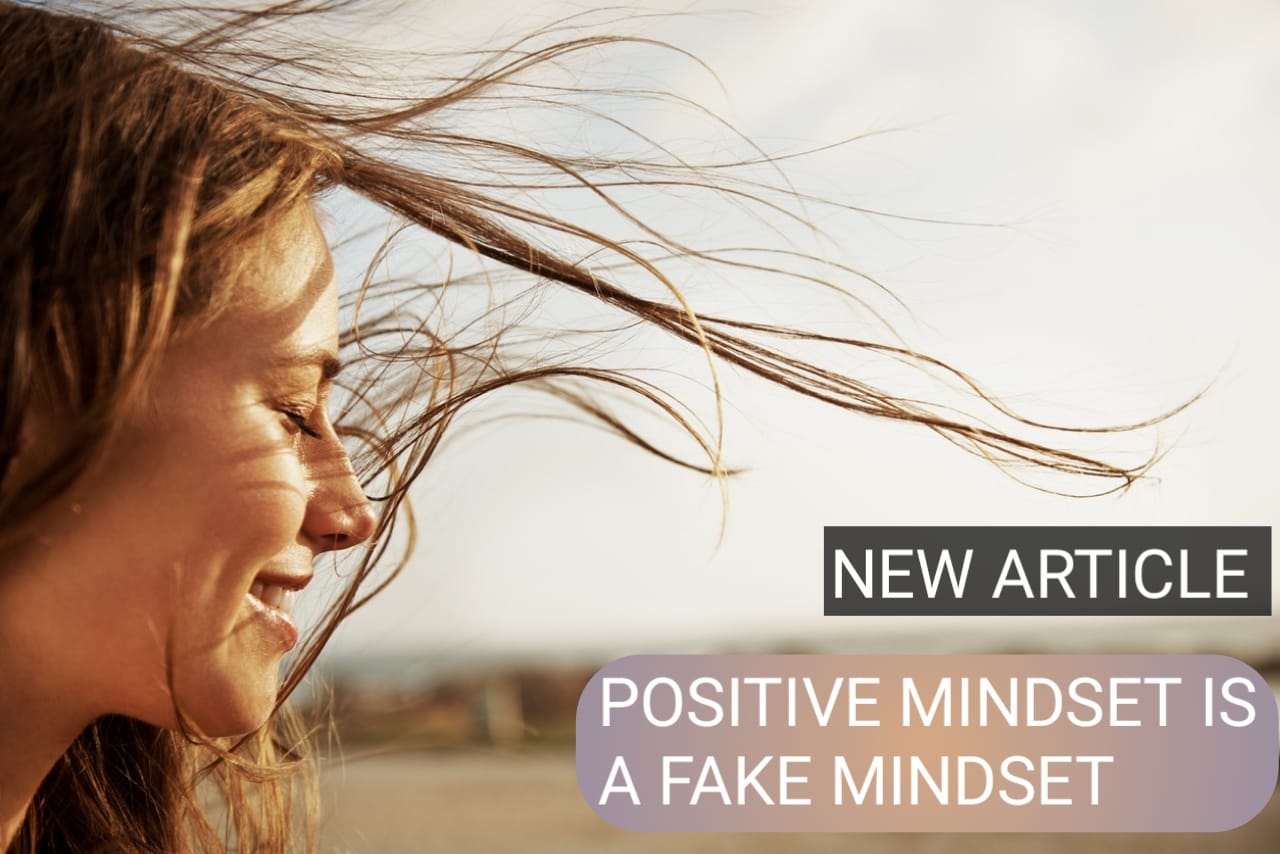 For me, life is not positive or negative, sometimes it’s more positive, sometimes more negative. Something favorable for you may be a loss for someone else.

Life is just life and telling yourself all these stories about positivity is a waste of time. When we do things, we don’t even consider whether they are positive or negative, we just go with the flow. If you play soccer, you don’t spend your time considering whether it’s positive or negative, you do what you have to do. You are active. You are physical. Sometimes you pass the ball perfectly, sometimes not. Sure, you can judge for yourself whether you’re a good or a bad player, but this thought process is almost nonexistent during the moment you are playing.

So don’t try to focus on positivity, it’s not the way to the top. Successful life is broader than positivity. We watch movies with superheroes, and their stories are filled with negative obstacles; they don’t become heroes by staying positive and being nice to people all the time.

One popular theory is the pursuit of positive thinking and a positive attitude. Few ultimately achieve this goal, perhaps because the idea itself is wholly abstract and has little to do with the essence of life. What seems positive to us may be quite the opposite for others. When one child takes a toy from another, thinking only of its own happiness, it does not notice that the other is getting sad. Today’s intense party could end in a brutal hangover tomorrow. In the throes of seemingly fantastic fun, we might do something stupid that we will regret for years to come.

So, staying positive may cause a lot of harm.

There are also other difficulties in distinguishing positive from negative. One of my friends was badly hurt by her family in the past, since then she has always cared about her image, physical fitness, and successes to constantly show them that she is doing great in life. She has been doing it for the last thirty years and is eighty now. This seemingly negative motivation keeps her alive and in excellent psycho-physical condition. So how do you judge whether it’s positive or negative motivation?

When we’re depressed, friends advise us to watch more comedies, but are comedies positive? Most of the jokes and situations we laugh at are harmful to some degree. Sometimes someone will fall over a banana, other times he will be publicly discredited and ridiculed. Only the light formula of the comedy overshadows this real negative message. Many comedians struggle with depression or have even committed suicide. So maybe this is not the best form of therapy.

One Hindu philosopher, Osho, once said that the soldiers in the trenches have the most incredible sense of humor because they must constantly relieve this monstrous tension. People who have a lot of tension often tell endless jokes, distancing themselves from the world. Though, inside they may be far from positive.

In real life, we have no choice but to accept both the positive and the negative because they both are sides of the same coin called life. By suppressing one side, we also suppress the other. Suppression also accumulates energy and causes unexpected explosions of emotions that we never expected from ourselves. A good example here is people who are always friendly, polite, and helpful. You hear about a shy and quiet boy who was always submissive and friendly at school, and two years later, you read in the headlines that he committed a shootout at school and five people are dead.

To be successful, we should express both the positive and negative in a healthy way. Let’s think of it like the
plus and minus in a battery. Two pluses or two minuses will not keep the energy flowing, it can only flow from one state to the other. When we want to hit someone, imagine that the end of that punch is a plus in the battery, and the beginning of a punch is a minus. The more we move our hand back before the actual punch, the more energy we get when we move in the positive direction, towards our opponent.

When we see a heartbeat graph, its amplitude is also between plus and minus, between positive and negative. It looks like that when we’re alive, therefore I do not perceive the state of depression as truly negative, but in many cases as a state in which we do not seem to experience or express either positive or negative emotions.

If we stop being authentic and block our anger, sadness, or cry, we become more artificial and unreal, deprived of human nature. Can our laughter and joy be authentic, then?

Moreover, depression does not seem to have much to do with well-being. A few years ago, I saw a speech by Canadian psychologists who predicted that by 2020 forty percent of the middle class in Canada would have some form of depression. Financial well-being doesn’t necessarily help to avoid depression.

Today, when someone reacts aggressively, we criticize it: “Only the weak cannot control their aggression. A mature adult and a truly strong person can control their emotions.”

We trust these beliefs too much.

Suppose we suppress the negative elements of our personality within us. We then refrain from expressing our negative opinions after doing something stupid and unreasonable. We automatically curb not only the lower amplitude of emotions, but also the upper one, flattening this pulsating life energy until it resembles a heart that has stopped beating.

There is no escape from the negative when we want to live a truly positive life because genuinely positive emotions like fun, a bit of madness and spontaneity, or even a temporary loss of control, relate to negative repercussions, too. Like young children having fun on the playground, they may still end up falling from time to time, sometimes getting just a bruise, sometimes a broken tooth. Young children know how to play but are not aware of the negative consequences at all. Adults have an advantage of mind and experience. Thanks to this, they can avoid most negative consequences. But you cannot avoid them by wearing rose-tinted glasses and living in a state of blind positivity, and “safe” emotional stagnation.